Confessions of a Recovering League Bowler 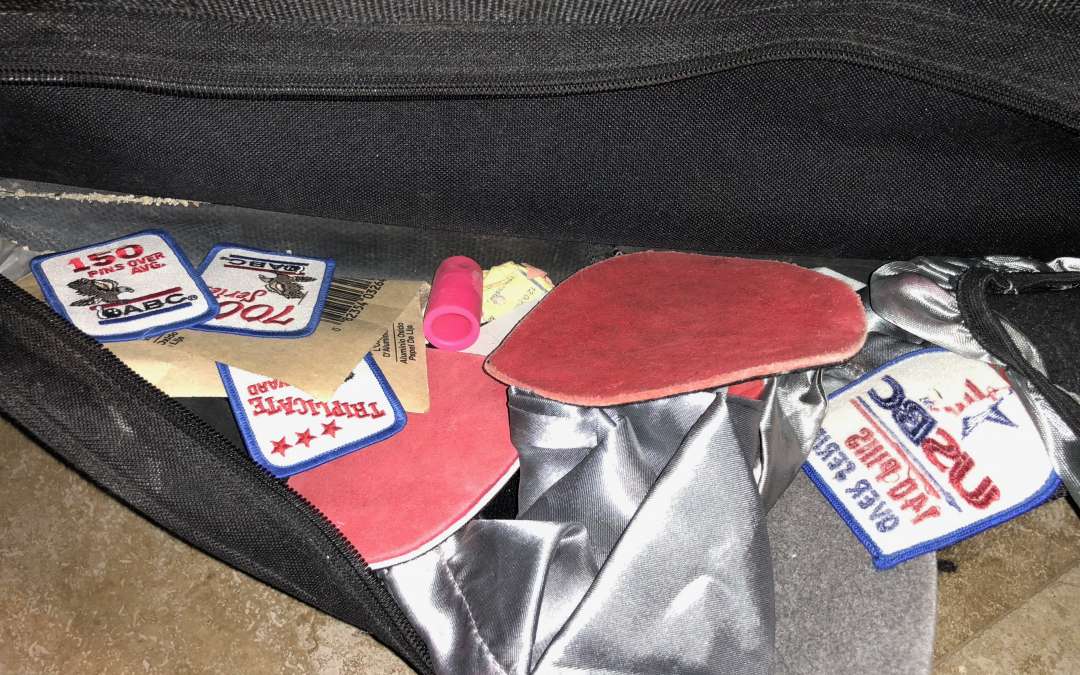 I haven’t seen you in years. You look… great?

Today I did something I haven’t done in years since being a league bowler. Roll a ball. Was everything I did on purpose? I confess, Hell no, absolutely not… Obviously I knew I would be rusty and parts of me would hurt which haven’t ached in quite a while, but I kept my goal of rolling the ball down the lane without smacking my ankle, falling, having my thumb stick in the ball, dropping the ball, or just flat out looking like a fool (I do that anyways so I suppose that’s a given). I took some notes and wanted to share my pain with others.

Things I noticed before even stepping on the lane.

I was expecting at least 1 cracked ball just from storing my bag in a closet which goes through various temp cycles, but to my surprise all 3 weapons were still in solid spherical shapes. BONUS. I tested out my span, thumb, and fingertips and everything felt pretty good still so one excuse down, 49 more to find. Surfaces looked decent and I’m sure the things probably still had quite a bit of house oil soaked up but hey, who cares, I’m not even expecting to hit my mark all day today. 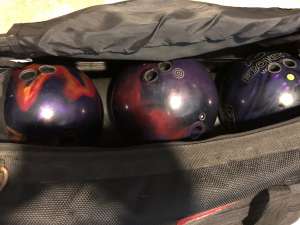 Holy cow. This had me worried. I felt like I was on ice skate house shoes. I immediately searched my bag for my old faithful brush, but of course I must have placed it somewhere safe. (You know, so I couldn’t lose it)… This is where bowling buddies come to the rescue! Of course, my amigo Jessie hooked me up and I began scratching away at the rubber gone plastic. Yes, rubber does harden and no, no amount of spit-shine or coarse-scrubbing made much of a difference at first. However, I did manage to get em scrubbed down deeper and gave the lane a test. Wow, it isn’t my slide foot I’m worried about now. My right foot felt like I had a slide sole on it. After grinding away I was able to get back to a decent feel without thinking I’m going to faceplant 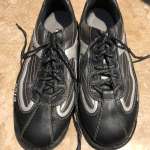 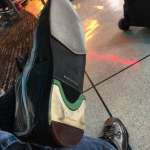 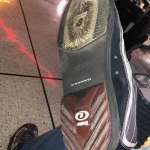 Well, I had a small bag of powder which was pretty much just spread throughout the side of my bag, no towels, old patches, grips, no brush, no rosin bag, a bunch of pieces of tape(backing, no actual tape) and it looks like now I’m off to the races. I’m surprised there wasn’t a beer or jello shot in there but hey, gotta keep it classy I suppose (Looking at you Elise / Amanda). Let’s do this thing! 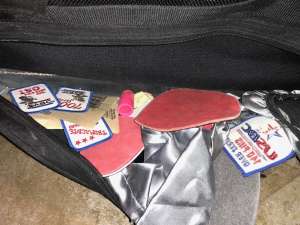 I give the old arm a few test swings back and forth then stepped on up to the lane. The goal is to just roll a comfortable ball down the right so I stand center on the approach and aim at 15 down the lane with a break at about 10 and then I realize I have no idea where this ball is going to go so just roll the damn thing. Lesson 1. You aren’t a league bowler and this isn’t a league. After realizing I am just here to roll the ball, I just stood further left and began.

My main goal was to simply find some rhythm. I took a very modest backswing, waited for the ball and just tried to come out of the ball smoothly, without grabbing. I released the ball, it went down the lane then right in the pocket, Strike X. Piece of cake. And that’s when reality set in and the bad habits quickly came back. After that it the goal became not overthinking the shot and just aiming at an area down lane to throw a smooth shot. But ya, that didn’t happen exactly like that.

This is my nemesis. As a league bowler, I have always had the tendency to throw faster than my revs called for. It just feels natural to me, but it has caused nothing but problems. This is seriously the hardest obstacle for myself to overcome in bowling. Slow the damn thing down. I’ll throw a great shot. Then get up and throw a little faster shot and leave a 10 pin since the ball finished a little weak. After which, I’ll throw it harder and it only gets worse. Again, I’ll slow it down way too much and not wait for the ball at release. It’s a vicious cycle and that first ball feeling was immediately lost. After which, I was right back at it again. Ah yes, that’s bowling. Need I say, PRACTICE?

There is a reason I always would practice at Boardwalk Bowl on Sunday mornings. The fresh house shot laid down in the morning and the 1$ games were the best chance for a league bowler to practice on similar lanes. There was nothing wrong with the lanes at all. In fact, they were much better than I remember them being in the past. No complaints there.

Come on, really? Do you really think I cared? Of course not. But for what it’s worth, the scores ranged from the 130’s to 220’s. This was the least of my worries and in my opinion, score during practice should be the least of anyone’s worries or you really aren’t “practicing”.

So, Did It Hook Me Again?

I’m not going to lie. I miss it, being a league bowler, and yes I’ll be joining a league again. Life, family, and work limited my bowling for the past few years but after getting out there today I realized how much I miss the sport, the community, and the “itch”.

This is Why I Wrote the Original BowlSheet®

I originally wrote the v1 of BowlSheet® for completely selfish reasons; to improve my own game. When people at the alley would ask what I was using I would tell them, then they would ask if they could get the app for themselves. At the time, the Apple App Store wasn’t even public so I applied to become a developer as soon as I heard they were opening the doors to indie developers.

I am more committed now than ever at growing out the entire BowlSheet® community into much more than just a mobile app for iOS. Get ready for some exciting things to come in 2018. Our team is growing and with Augmented Reality from hardware such as Microsoft’s Hololens and Magic Leap’s new hardware due out soon, you are about to be blown away with what’s coming to the bowling world. I need it for myself, obviously, lol, but the goal is to create a community of bowlers to bring the sport into the modern age.

This may be a good place to introduce yourself and your site or include some credits.

You have Successfully Subscribed!